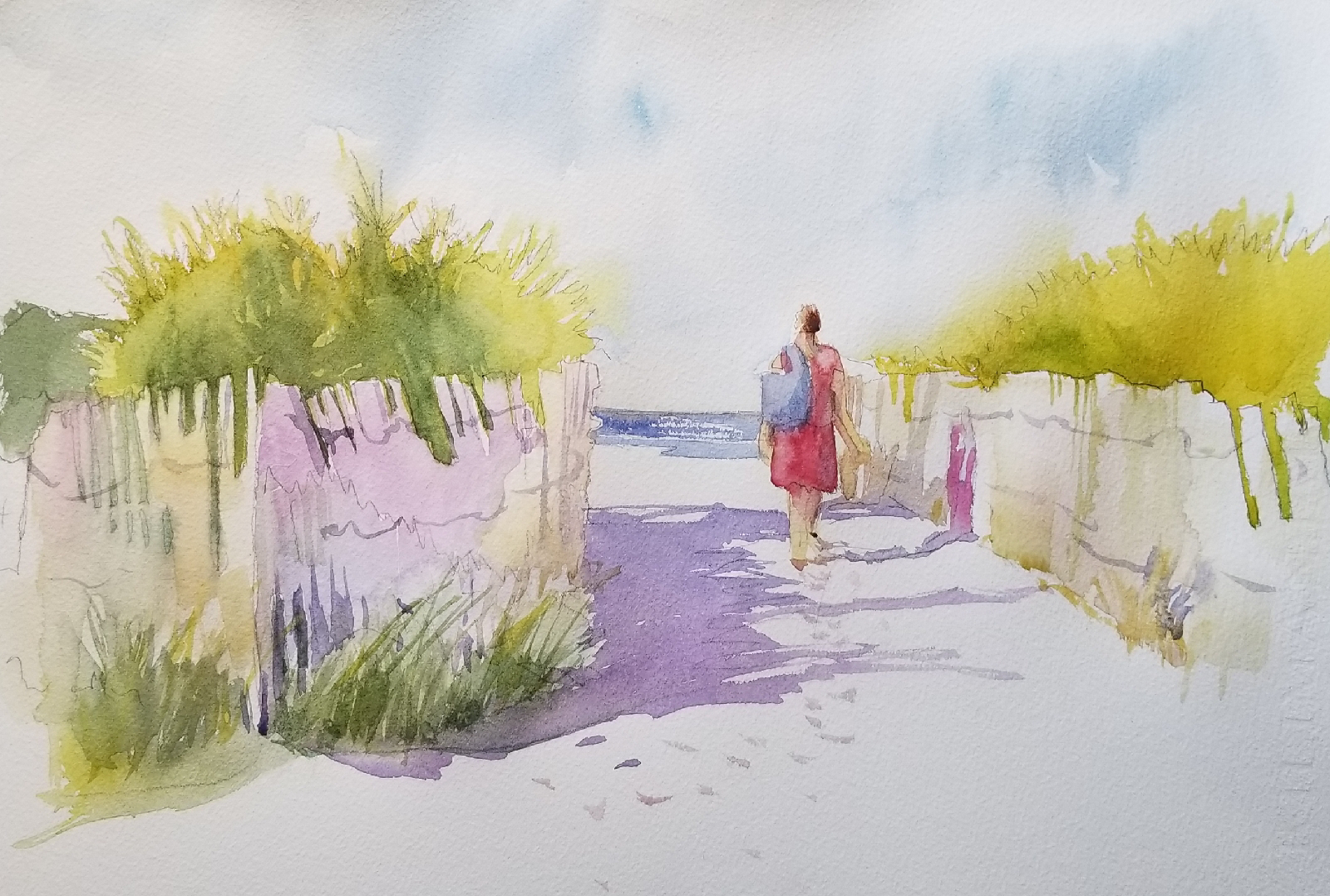 11x15
My first sustained effort in a while.
I was considering adding another layer--mostly to darken the foliage on the left--but decided against it because that area is already overworked, and I didn't think the paper could take it, either.
But I do like this scene, a photo I took this summer, and I would like to find a way to paint dune fences that, as the best paintings of them, imho, seem to do, bounces between positive and negative, sometimes painting the fence, sometimes painting what's behind it, so I'll be painting it again. 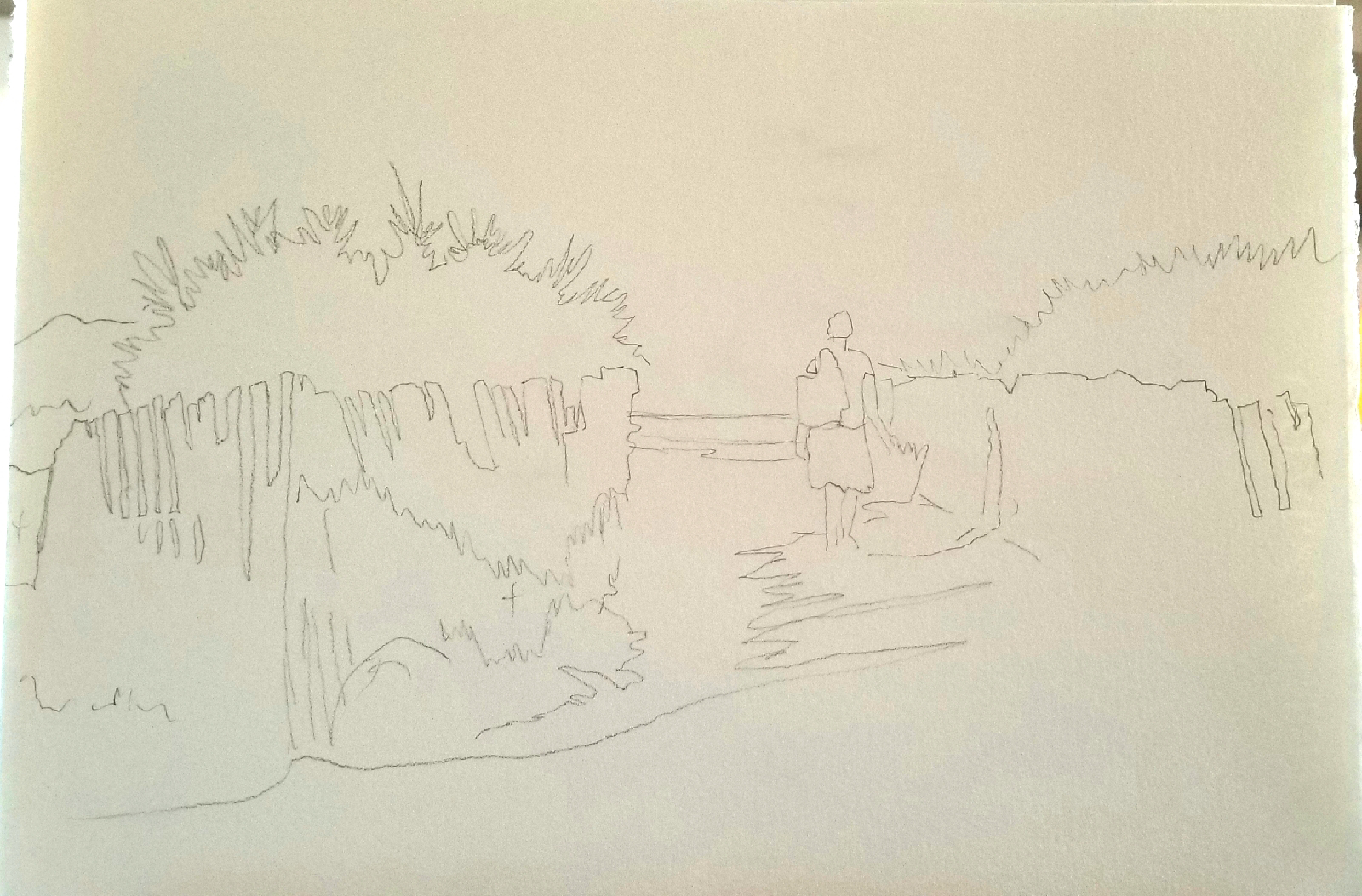 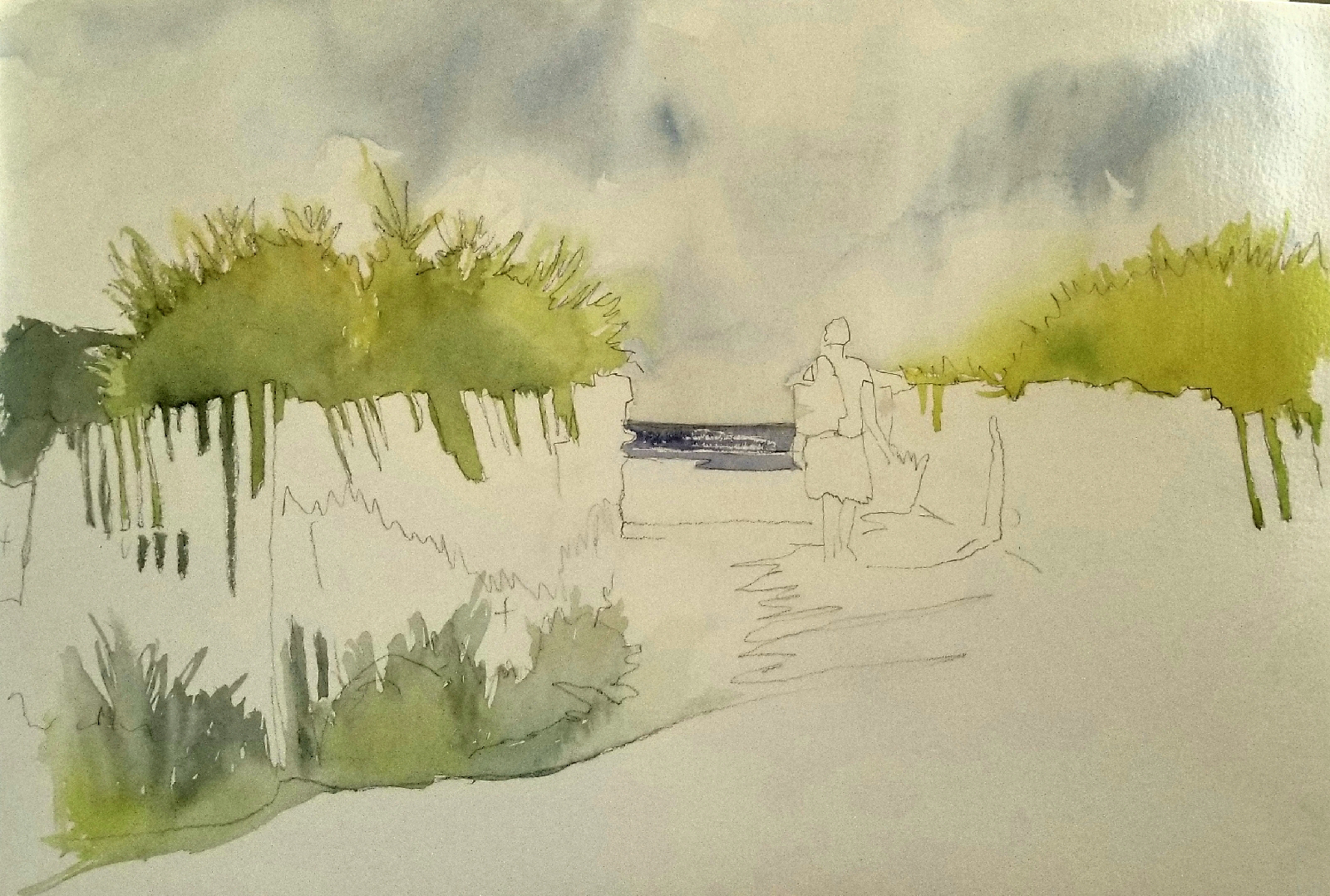 I like the way you have handled the fencing and shadows.